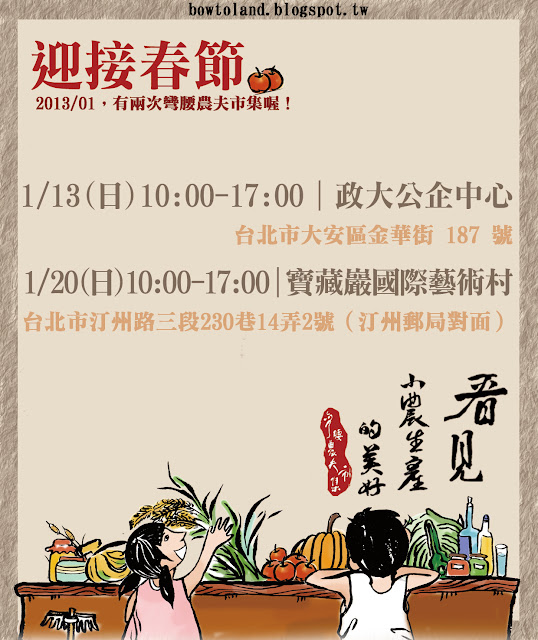 The monthly farmers’ market at Treasure Hill offers a platform for farmers, students, activists and consumers to meet, learn and take action

On the third Sunday of every month, dozens of farmers from around the country cart their goods to Treasure Hill (寶藏巖), set up tents and transform the hilly artist village in Gongguan (公館) into a bustling market. Featuring produce grown and harvested using sustainable farming methods, it resembles a growing number of impromptu markets established over the past several years.

But Bow to Land Farmers’ Market (彎腰農夫市集), as it has been dubbed, is more than just buying and selling natural produce. Growers from farming communities facing forced land expropriation trek to the capital to communicate with consumers about their campaigns against “land grabbing.” Meanwhile, university-aged volunteers helm the market’s communal kitchen, assist farmers and help to set up forums where participants discuss a wide range of issues ranging from food safety and agricultural development to Tibetans’ right to legally reside in Taiwan and the ongoing controversy surrounding the Losheng (Happy Life) Sanatorium (樂生療養院).

“Since the public rarely has a chance to know what is happening in rural areas, we want the market to not only be a site of trade, but also a venue that serves as a public forum through which issues are discussed, shared and spread,” said Hsu Chao-wei (徐肇尉), a doctoral student at National Taiwan University (NTU).

The alliance between students and farmers’ rights advocates, which gives the market its unequivocally social and political character, is no coincidence. In 2008, the passing of the first reading of the Rural Revitalization Act (農村再生條例), which was ratified in 2010, drew heavy criticism from farmers, activists, academics and other concerned citizens who found the law ill-conceived because it failed to address the overarching challenges facing Taiwan’s agricultural sector such as global trade liberalization, the lack of access to markets and the loss of a rural labor force.

TRF was founded in the same year.

“As an important agricultural policy pursued by Ma Ying-jeou’s (馬英九) administration, the Rural Revitalization Act deals with only a tiny part of the problem by focusing on the improvement of rural facilities. It also leaves room for forced land expropriation,” said TRF researcher Lin Le-xin (林樂昕).

Back to the land

That sentiment is shared by activists who want to understand farming by experiencing it first-hand, rather than reading about it in books.

“There was a lot of debate and discussion going on, and we felt that the government didn’t know what was needed in rural communities. But when we tried to understand what was really happening in those communities, we realized we didn’t know about them either,” said Hsu, an active member of the student club since its inception in 2009.

To rectify the gap caused by years of neglecting the country’s agricultural policies and farming villages, TRF started to organize summer camps in 2009, sending young activists and university students to live and work with local residents in dozens of rural villages and conduct interviews and surveys.

To Shih Kuan-lun (石冠倫), a senior at NTU, visiting places like Meinong (美濃) in Kaohsiung has changed his viewpoint from that of an urban consumer to a grower of rural produce.

“Understanding is key to breaking existing ideas and stereotypes,” Shih said. “You must understand first in order to know why you take action and have the courage to carry it out.”

Some past participants of the camp did just that, forming activist groups to campaign against land seizure in Siangsihliao (相思寮) in Changhua County’s Erlin Township (二林) and “land grabbing” by Kuokuang Petrochemical Technology Co (KPTC, 國光石化), also in Changhua County.

“We went to these places without having specific agendas. Only when we started to discuss our experiences together did we realize that what happens in each village is not an isolated case. It is a structural problem. So we began to pursue legal and institutional reform,” Lin said.

While others organize campaigns and march on Ketagalan Boulevard (凱達格蘭大道), some young advocates like Chang Su-wei (章思偉) choose to stay in villages, learn to farm and work with community-based organizations. Along with several other members, Chang answered the call of organic farmer and agricultural advocate Lai Ching-sung (賴青松) to learn traditional farming methods on a rice paddy in Yilan.

“We did everything manually from growing seeds, planting seedlings to harvesting,” Chang said. “Local farmers have watched what we have been doing ... Things have started to change. Our landlord, for example, is trying not to use chemical pesticides and fertilizers.”

The group of novel farmer successfully produced and sold 600 kilograms of rice this year. To strengthen their connection with local residents, these activists will team up with local NGO’s for a series of environmental education programs and establish a platform to market locally produced green products next year.

“Some farmers want to switch to sustainable farming but can’t afford to do so because the price controlled by wholesale dealers is too low,” Chang added.

Back in Taipei, Chen Yi-chun (陳怡君) from Hao Ran Foundation pointed out that most of the products available at Bow to Land are not certified organic since smallholder farmers don’t have the “time, money and energy to go through the process.” She added that certification costs a farmer NT$20,000 to NT$30,000 each year and has to be renewed every one or two years.

The farmers’ market carries mostly “environmentally friendly” products, which means they are grown and produced without chemical pesticides, herbicides and fertilizers.

“The business is built on trust between consumers and growers. We want to encourage human connection and mutual understanding,” Chen said. “We want consumers to buy the banana because they know the farmer who grows it, not because of the label stuck on it.”

However, the farmers at the market often face questions from consumers about their higher prices that necessarily reflect the higher cost of sustainable farming, Chen said.

“We should ask if it is fair to put the cost of producing healthy, green products on growers alone,” she added.

To Lin of TRF, an answer to the dilemma can be found in the kind of environmental subsidy programs practiced by EU countries. As Lin explained, instead of subsidizing fallow farmland and fertilizer manufacturers as Taiwan’s government has been doing, the program encourages farmers to manage farmland using environmentally friendly agricultural practices in order to receive subsidies.

“It emphasizes the idea that the function of farmland is manifold. It can grow food and have ecological benefits. Therefore, a farmer’s earnings should come from many sources too and have minimum income even if a typhoon ruins the entire harvest,” she said.

“Of course, studies need to be done before the actual implementation of such program. But the first step is to educate the public about it.”

For your information: Bow to Land Farmers’ Market takes place from 10am to 5pm on the third Sunday of every month. On the Net: bowtoland.blogspot.tw. 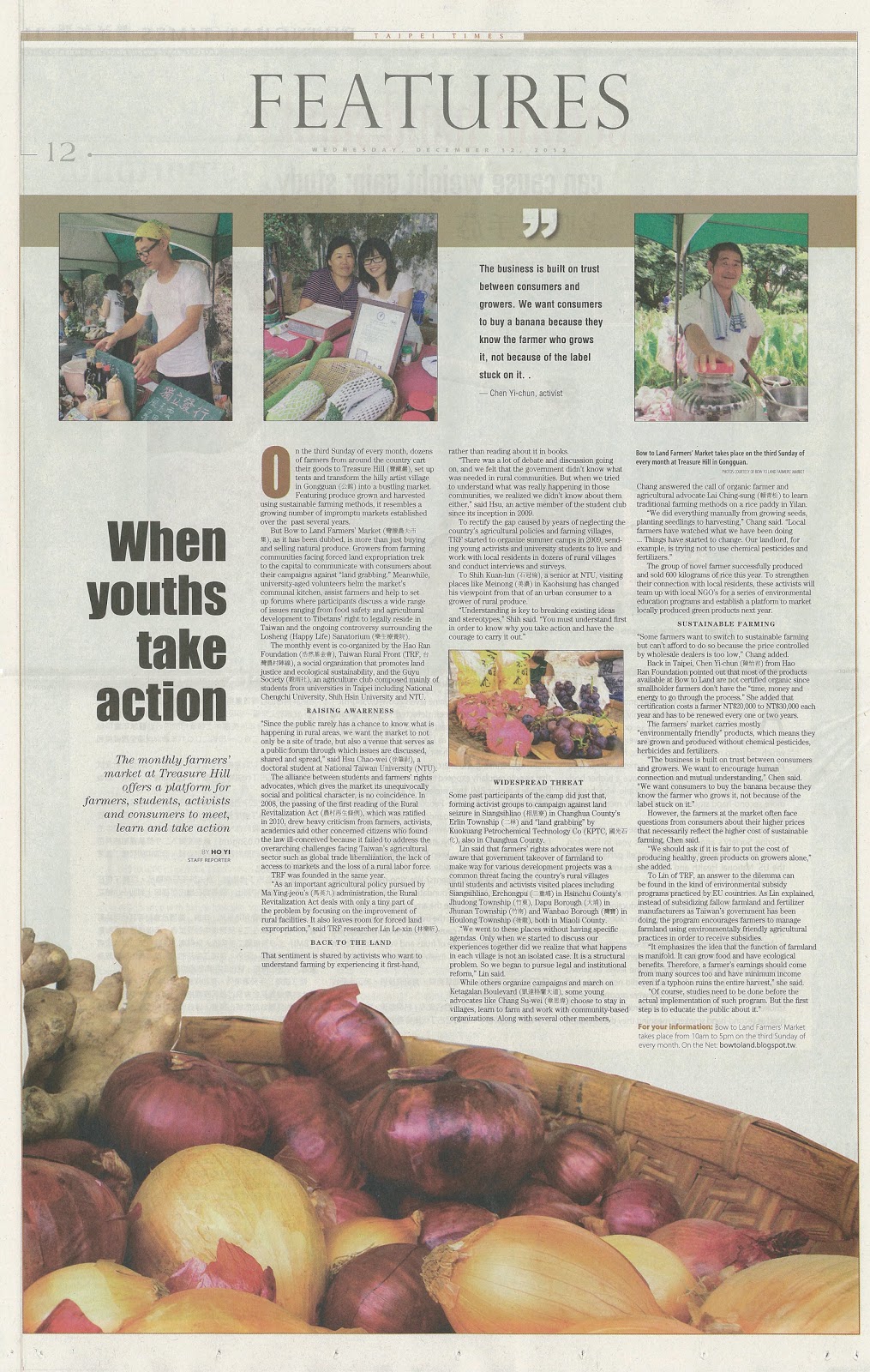 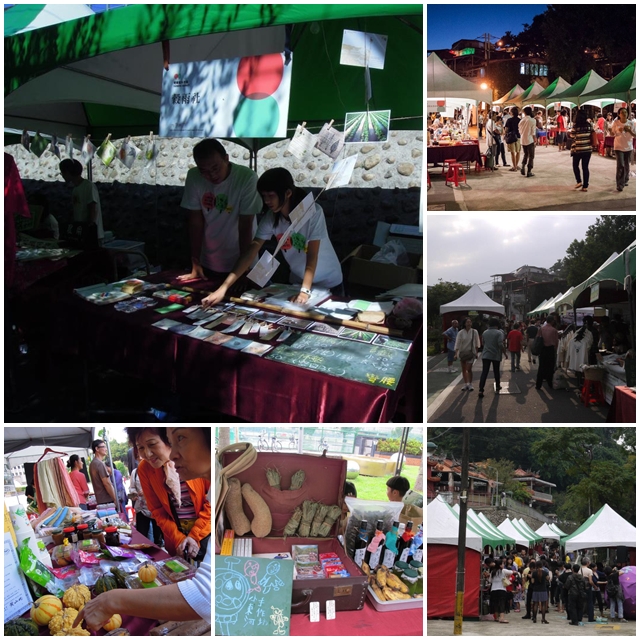 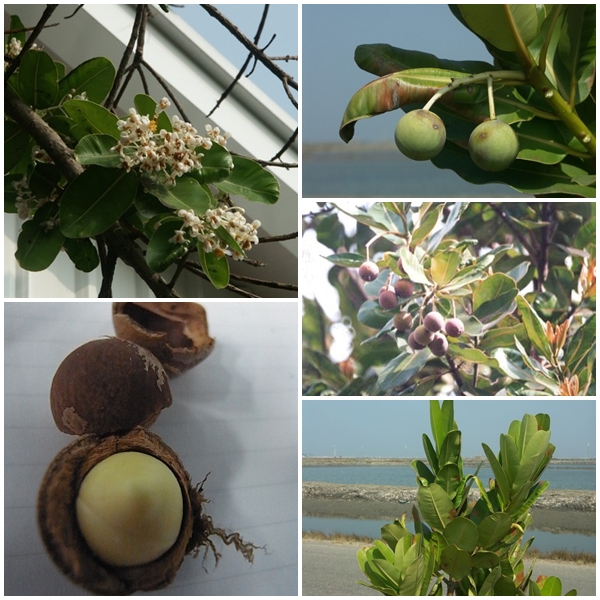 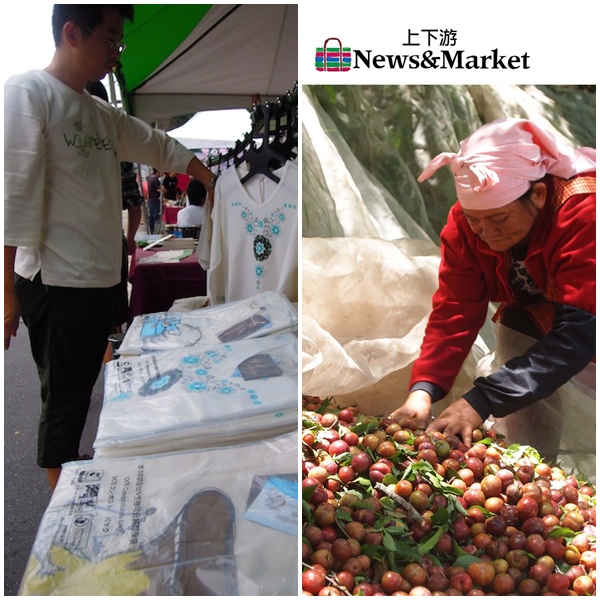 Let’s bow in gratitude to land, nature and farmers!